An ex-fizzy pop addict who is so petrified of the dentist that she didn’t go for a decade has been left unable to eat or even use a toothbrush for two years – after her teeth turned black and ‘crumbled’. Cara Smith is desperately fundraising £2,000 for private dental treatment as she claims the NHS have been unable to help her despite her teeth ‘falling apart’ in her mouth.

The 43-year-old believes her heavy smoking is one of the key reasons for her tooth decay as well her ‘sweet tooth’, which would see her go through around two litres of fizzy drinks per day. Cara said the situation has been made worse by her long-standing phobia of the dentist, which leaves her in tears, trembling in fear or triggers her to run in the opposite direction, so has to be sedated for any form of treatment.

She said that suffering a breakdown as a young adult meant that self-care was the ‘last thing on her mind’ for around a decade, so her teeth swiftly deteriorated in condition. The dog lover claims she was eventually compelled to contact the dentist back in December 2018 due to her teeth getting worse, but was put on the waiting list and has chased up the appointment several times to no avail.

However since March 2020 the pain suddenly became so unbearable that she’s been unable to get more than a couple of hours kip each night, brush her teeth or eat even the softest of foods, so has been surviving on supplement shakes. Photos captured by Cara show her decayed teeth, which she described as a ‘crumbling mess’ that have caused her to become a recluse and feel so embarrassed that she has not smiled in public for years.

At her wits end, she’s now fundraising £2,000 to have treatment privately and is hoping that having her teeth removed and a set of dentures will finally allow her to ‘get her life back’.

Cara, from near Tavistock, Cornwall, said: “I have a phobia [of the dentist], big time. I shake, I’m in tears. I’ve walked up to a dentist before now and have literally run the opposite direction in fear.

“It’s the noises and sounds and when they’re having a look, I can’t see what they’re doing and it just scares the hell out of me. My fear started around 20 years ago when they started bringing out the injection to numb your mouth. I think having that triggered the fear.

“The longest period I went in one chunk without visiting the dentist was I’d say about ten years. I’ve tried everything to get over my fear of the dentist.

“I’ve listened to music mainly and I normally have someone with me basically dragging me there because I’m just too scared. I’ve visited the dentist around 12 times since my fear started 20 years ago. Before then, I routinely went to the dentist.”

Cara claims her situation got so dire she was compelled to contact the dentist back in December 2018. However, due to her phobia she asked to be referred to have sedation dentistry and joined the waiting list. Around six months later she called for an update and was told she’d have to wait 18 months.

She claims that when she’s repeatedly called she’s been told she’s ‘on the waiting list’, she’ll ‘just have to wait’ and there’s a backlog due to covid. She’s also called 111 who provided her with a number to call for an emergency dental appointment, but claims they can’t guarantee sedative dentistry and it could also be anywhere in Cornwall.

Given she doesn’t drive and the only person that would be able to accompany her doesn’t either, she says such an appointment isn’t possible.

Cara, who smokes 30 cigarettes a day, said: “I can’t eat, not even anything soft like a yoghurt because I can’t put a spoon or anything in my mouth. I’m still living on supplement shakes [since March 2020] and haven’t had a meal since then.

“I can’t put anything too hot or too cold in my mouth, like a hot drink, because it just hurts. I can’t put a toothbrush in there so I can’t brush my teeth or anything. I haven’t brushed my teeth since March 2020.”

Cara said that her teeth are black, holey and ‘falling apart here, there and everywhere’. They’re now decaying and crumbling so much that every now and again she’ll be ‘picking teeth out’ with her tongue.

They cause her no end of torment and she’s prescribed 200 painkillers a month from the doctor.

Cara said: “17 years ago I went through a really bad time and self-care was the last thing on my mind at that time. It was like I had a breakdown and I went through a lot of trauma and I just didn’t take care of myself and then I started smoking and it got heavier and heavier.

“My sweet tooth would be anything from a biscuit, crisps to cake, basically junk food, and too much sugar in hot drinks and fizzy pop. With being petrified of dentist I barely went and only went for treatment when I was in pain.

“I used to go through two litres of pop a day. Biscuits would vary from six to the whole pack a day. I’d have a pack of two fresh cream cakes from the shop about once a week.

“[Now] I’m in constant pain. I have ear infections and the pain is horrendous. I can’t sleep, lie on it or do anything. I get pain under my jaw because it just all hurts.

“I can’t do simple things. The cold air hits my teeth. I can’t put a scarf around my mouth to try and keep the cold out from my face because I overheat, and because I have a heart problem I overheat very quickly. I’ve tried. I get a maximum of a couple of hours sleep a night. I think it’s become a routine now because of it. At the start I couldn’t sleep because the pain was keeping me awake, I’m not sleeping more than two hours.”

Cara said she moved to Cornwall around four years ago and enjoys being social but her teeth have hindered her from making new friendships.

Cara said: “I stay indoors because I don’t want to go outside and for people to see my teeth. I wouldn’t go to my brother’s wedding because of my teeth. I don’t smile because people just look at me and the state of my mouth. I’m absolutely ashamed, it disgusts me. People don’t want to see that.

“It’s the snide comments like ‘look at her, she’s got no teeth, look at those manky teeth’ and things like that. You can hear people smirking and it’s upsetting. Even with parcels, I try to get them [delivery people] to leave them at the door because I don’t want to face them. I don’t know when the last time I smiled at someone in public was, it’s been so long.

Cara claims that the last time she went to see the dentist for sedative treatment was around six years ago where she lost her front top teeth. At this point she asked for them all to be removed, but this was refused. After exhausting many avenues, Cara is now hoping to fundraise £2,000 to receive life-changing dental treatment.

Cara said: “I’m hoping to have sedated dentistry so they can just take my teeth out and have I can have dentures. It’s available on the NHS but I’ve been waiting since 2018 which is why I’ve set up the GoFundMe so I can go private.

“I’ll be flashing them [new teeth] everywhere and be like ‘look at me’. I just want to be able to eat and smile again. And be normal.

“Having the surgery would make my day and transform my confidence through the roof. I’ll be out of pain, be able to eat and smile with confidence. I’ll be able to get my life back.”

A spokesperson for NHS England and NHS Improvement South West said: “Unfortunately we are unable to comment on a specific case. We have asked Ms Smith to contact our dental team so we can look into her situation further.”

You can donate to Cara’s GoFundMe here. 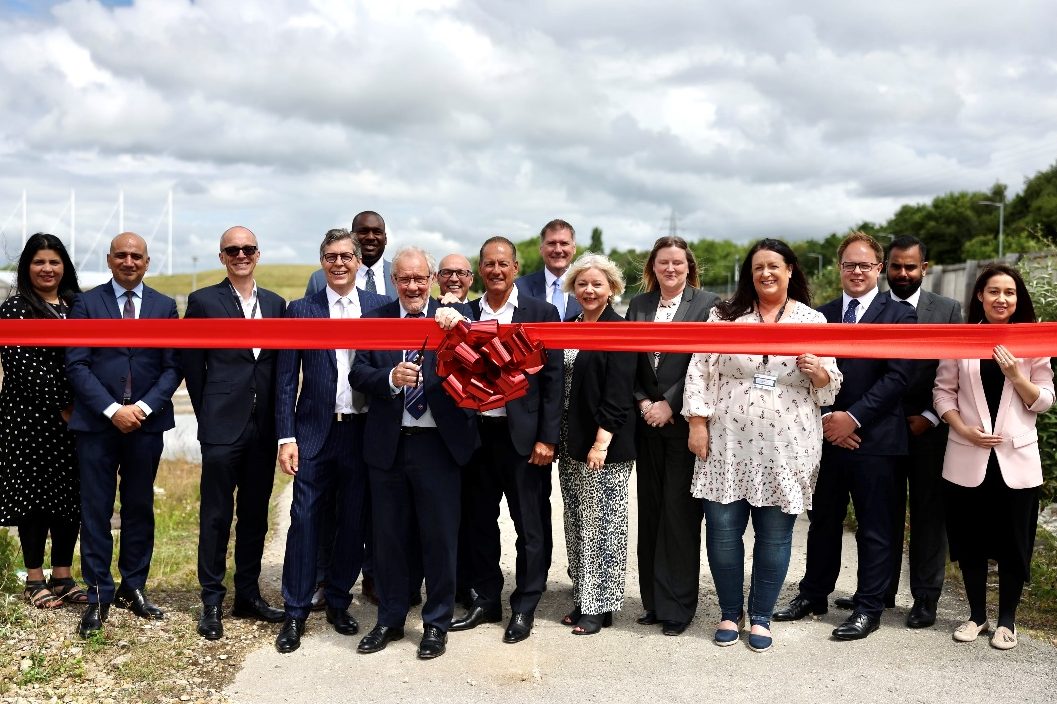