According to the C.D.C., people with obesity tend to have higher levels of hormones such as insulin and insulin-like growth factor-1, or IGF-1, which can stimulate the development of colon, kidney, prostate and endometrial cancers.

Bariatric surgery can lead to substantial weight loss. Though some patients end up regaining some of the weight that they lost, studies show that most people who undergo bariatric surgery are able to sustain a more than 20 percent reduction in their body weight a decade after their procedure. That is much greater than what people with obesity can typically lose and maintain through diet and exercise alone.

For the new study, Dr. Nissen and his colleagues wanted to see how that amount of weight loss would affect cancer rates. They recruited 5,053 people with obesity who had undergone bariatric surgery at the Cleveland Clinic and followed them. Each patient was “matched” to five other patients who were similar in many respects. They were about the same age, sex and race, and they had similar medical histories and body mass indexes, but they did not undergo weight loss surgery.

All told, there were more than 30,000 participants in the study, which included 25,265 people in the control group. Both groups had a median age of 46 and a median body mass index of 45, which the C.D.C. categorizes as “severe” obesity. That is the equivalent of someone who is 5 feet 8 inches tall weighing about 300 pounds. According to the C.D.C., someone with a B.M.I. between 25 and 30 is considered overweight and someone with a B.M.I. above 30 is classified as obese. A large nationwide study published last year found that about 42 percent of adults in the United States were obese and roughly 9 percent had severe obesity.

Progress in the field. In recent years, advancements in research have changed the way cancer is treated. Here are some recent updates:

Rectal cancer. A small trial that saw 18 rectal cancer patients taking the same drug, dostarlimab, appears to have produced an astonishing result: The cancer vanished in every single participant, undetectable by physical exam, endoscopy, PET scans or M.R.I. scans. Experts believe it to be the first time in history that a study has led to complete remission in every single cancer patient.

Pancreatic cancer. Researchers managed to tame advanced pancreatic cancer in a woman by genetically reprogramming her T cells, a type of white blood cell of the immune system, so they can recognize and kill cancer cells. Another patient who received the same treatment did not survive.

Chemotherapy. A quiet revolution is underway in the field of cancer treatment: A growing number of patients, especially those with breast and lung cancers, are being spared the dreaded treatment in favor of other options.

Leukemia. After receiving a new treatment, called CAR T cell therapy, more than a decade ago, two patients with chronic lymphocytic leukemia saw the blood cancer vanish. Their cases offer hope for those with the disease, and create some new mysteries.

Not every person with obesity can have weight loss surgery. In general, to qualify for it, patients must have a B.M.I. of at least 40, or a B.M.I. of 35 or above along with at least one obesity-related condition, such as Type 2 diabetes, hypertension or heart disease. In the new study, people who underwent surgery had either gastric bypass or sleeve gastrectomy procedures.

After a decade, the patients who had the surgery had lost an average of about 61 pounds, while those in the control group (who were advised by their doctors to try to lose weight on their own) had lost an average of six pounds. Slightly less than 3 percent of patients who had surgery developed cancer, compared with roughly 4.9 percent of those in the nonsurgical group — equivalent to a 32 percent reduction in risk for those who had surgery.

In general, the data suggested that patients needed to lose a large amount of weight, at least 20 to 25 percent of their body weight, to see a beneficial change in their cancer risk, said Dr. Ali Aminian, the lead author of the study and the director of the Bariatric and Metabolic Institute at the Cleveland Clinic. The reduction in risk was particularly significant for endometrial cancer, which has the strongest association with obesity.

Can DSM Firmenich merger deliver on its synergistic promise? 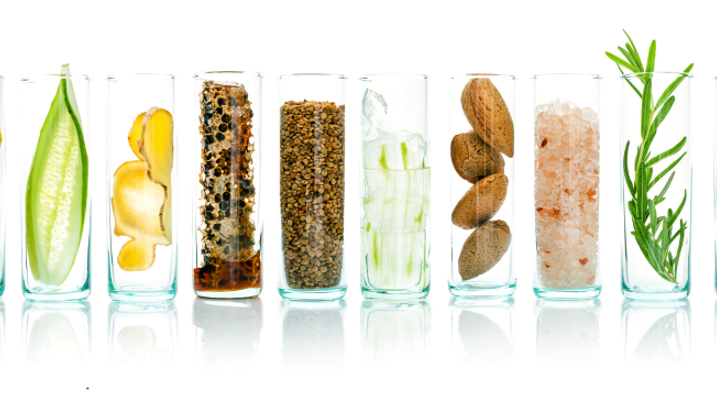