A pediatric dentist in Nova Scotia is accused of traumatizing generations of children in a case that raises questions about whether the Provincial Dental Board of Nova Scotia should be allowed to discipline its own members.

Following a 15-month investigation, Halifax police charged 78-year-old Errol Gaum with eight counts of assault against eight separate patients dating back to the 1970s. Dr. Gaum operated out of three clinics in the Halifax area and received his licence to practice in 1971. His specialty was pediatric dental care.

As alarming as the criminal allegations are, they represent just a fraction of the complaints against the now-suspended dentist.  Almost 500 former patients have joined a proposed class-action lawsuit with disturbing claims that young patients were yelled at, slapped, had their nose and mouth covered at the same time, threatened with the removal of all their teeth, and that procedures were performed without proper freezing or anesthetic.

“We’ve actually been contacted by approximately 480 individuals,” Coralie Robert, with MacGillivray Law, told W5; “ I’ve spoken to folks in their early to mid-50s that recall these traumatic experiences from being a child. And just as recent as 2020, where we’re seeing five and six-year-olds having also gone to see Dr. Gaum.”

Dr. Gaum has refused requests for comment, but W5 has obtained his statement of defence to the proposed class action: “The defendant says that all times his treatment of patients has been in accordance with the professional dental treatment standards prevailing at the time the treatment was administered.”

A former dental assistant who worked with Dr. Gaum in the 1990s spoke with W5 on the condition her identity not be revealed out of fear of reprisals. “Katherine” claims to have witnessed physical and emotional abuse of children in the chair; “He was a monster in the cubicle. He was Jekyll and Hyde. He was a lovely person to talk to. But when you get in that chair and that door closed, it was a different person. A completely different person,” said “Katherine”.

The case against Dr. Gaum began after Cape Breton father Ryan Binder posted his daughter’s experience on Facebook in 2020. Seven-year-old Peyton claimed the dentist told her to shut up and pinched her nose and mouth. The post went viral with thousands of interactions and hundreds of claims from people who alleged similar experiences.

Just one week after the viral post, the Provincial Dental Board of Nova Scotia held an emergency meeting and the next day suspended Dr. Gaum’s licence. But some former patients tell W5 that they tried to file complaints with the dental board over the years but were ignored.

Among them, Tracy Gates, whose five-year-old son says he was spanked and told to shut up back in the mid-1990s; “I wrote to the dental board [in 1994] and never heard back from them. But I was a single parent with minimal income. I didn’t have the resources to take it further,” she told W5. 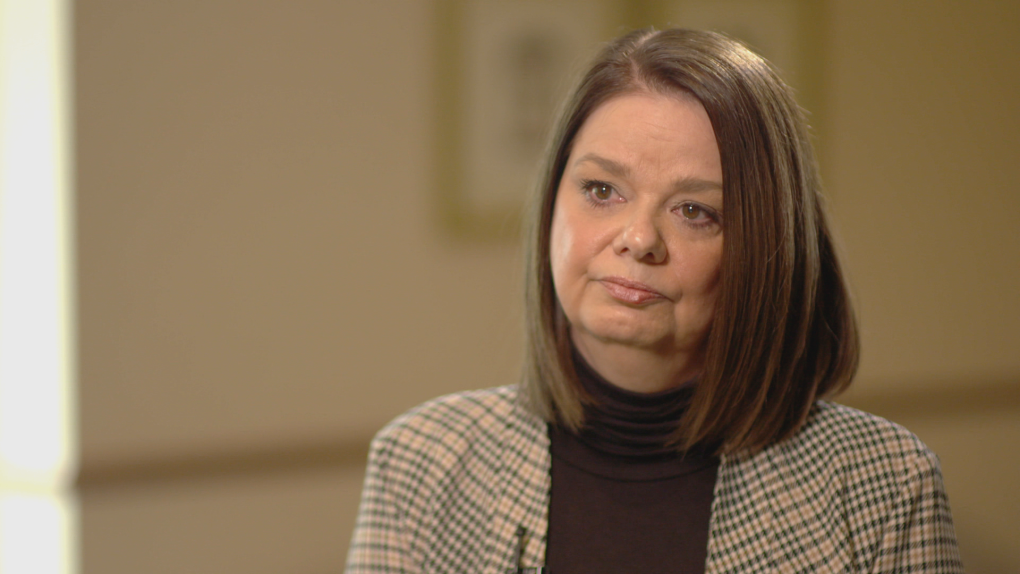 The Provincial Dental Board of Nova Scotia refused repeated requests for details on how many complaints had been made against Dr. Gaum and over what period. They also refused to respond to allegations that complaints had been filed and ignored. In both instances Board Registrar Doug Mackay, through a public relations firm, cited the Nova Scotia Dental Act which they claim stipulates  the “secrecy of all matters that have come to the Registrar.”

The Provincial Dental Board of Nova Scotia says it “is aware of the public concerns about how complaints may have been managed or not managed, as the case may be, in the past. It strongly encourages anyone with a complaint or anyone who has a complaint that they feel was insufficiently addressed, to contact the PDBNS.”

Most health professionals, including dentists, are regulated by a college or board. Their mandate is to protect the public and yet they are predominantly composed of members from the same profession.

Patients Canada is a non-profit organization promoting the rights of patients.Board chair Francesca Grosso says patients’ interests are not fully met when a board or college handles the complaints and discipline of its own profession.

“There have been a lot of instances where colleges actually are responsive. But there’s definitely a potential conflict that could be exploited and has been exploited for sure. I think that we definitely have to completely revamp the way we look at discipline. There does have to be more transparency around complaints,” Grosso told W5.

A Facebook group called The Victims of Dr. Errol Gaum, which has two-and-a-half thousand members, is now orchestrating a letter-writing campaign to request the Nova Scotia government hold an inquiry into the dental board. The letter reads, in part: “One of few ways that this decades-long gross misconduct can truly be righted is through a transparent and in-depth review of the Dental Board and all those associated with it.”

Ryan Binder, whose Facebook post triggered hundreds to speak out and led to an investigation by both Halifax police and the Provincial Dental Board of Nova Scotia, wants change: “The only reason that this ever happened is because I put it on Facebook. The dental board is supposed to protect us. [These are] our children. How are we not protecting them?  All these complaints for years were just getting pushed aside. I want to know if the dentist that I’m going to is under investigation.”