Rocco Perrotta, a 50-year-old Rockville Centre resident, is one of many certified fitness trainers making an impact on many lives.

Perrotta works at the JCC in Oceanside, where he trains 12 clients daily, helping them improve their physical fitness capabilities. He also performs private exercise training sessions at SportSet Health & Fitness Club in Rockville Centre. Perrotta’s goal is to help his clients strengthen their physical abilities and skills, but also demonstrate how exercise doesn’t have to consume all of one’s daily or weekly schedule. Perrotta’s love of helping people through exercise was born at a young age. His father always kept him and his two older brothers active in very innovative ways.

“We didn’t always have the latest games that you can go out and buy,” said Perrotta. “My father would develop games and we would be hitting balls, playing baseball, doing pull-ups, climbing, and he didn’t realize it, but he made all kinds of exercises a lot of fun for us, which kept us in amazing shape as very young kids. He always had a trick up his sleeve to make us do something that we didn’t even see as exercise.”

While he loved fitness at a young age, Perrotta went a different route when it came time to choosing a career. As he was in the process of becoming a fitness instructor, Perrotta backed out as the technology era was on the rise.

While Perrotta went into the world of tech, he still always made sure to keep active by playing basketball, racquetball and football with some friends. Perrotta didn’t leave the tech world fully for a long time, but he did many private training sessions, for no profit, where he would go through workout routines that he had learned with family and friends.

“I was in the computer world for many years, but when you fix somebody’s health, it’s priceless and it’s more rewarding,” he said. “I was making quite a bit of money in computers, but eventually I went for more quality of life. That’s why I thought more about the health and fitness industry.”

In between working with computers and training with individuals on the side, Perrotta became a Myofascial Pain Therapist, a type of therapy that involves specific manipulations of the muscles, fascia and connective tissues to promote healing and reduce pain.

“I used the knowledge I learned from reading books about it and, from there, I worked on friends and family and everyone had the same response of not feeling discomfort and that was very rewarding,” Perrotta said.

After Perrotta was furloughed from his computer job, he used the time to become a therapist in 2009 after enrolling at the Pittsburgh School of Pain Management. After an intense yearlong training course, Perrotta returned to New York to improve upon helping people manage pain with his trigger point therapy knowledge and make a living by improving people’s health. While he once again had to return to his computer job to earn a steady paycheck, Perrotta, for years, attempted to find a way to make a living through therapy and fitness.

“I was with my wife and we’ve been together since 1999, but it was only until I left my stressful job about four years ago that we got married because I was always working with computers while doing therapy and personal training,” said Perrotta.

Focusing more on improving his quality of life, Perrotta decided to work closer to his home in Rockville Centre and four years ago, became a personal trainer at the Friedberg JCC and ever since has been training people who have many different issues and goals.

“I’ve been working out for 40 years but without a trainer to push me, there are too many distractions,” said Gary Meyer from Long Beach.

Everything has come full circle for Perrotta as he now has settled into his dream position. After his father instilled the love of fitness in him and his brothers, he now is able to use the same techniques his father used to get his clients to love to exercise.

“I would have never been motivated to move and I wouldn’t have the strength I do,” said Ellen Stern, a member of the JCC. “Personal training is very beneficial.”

Perrotta said he loves being able to help any way he can. “It’s very rewarding to see someone who has a problem raising their arm because of weakness, or a neurological issue, and you train that person to where they can lift their arm over their head, comb their own hair again, feed themselves again, scratch their own back,” he said. “To get people to live normal or improve their everyday life, that’s an accomplishment.” 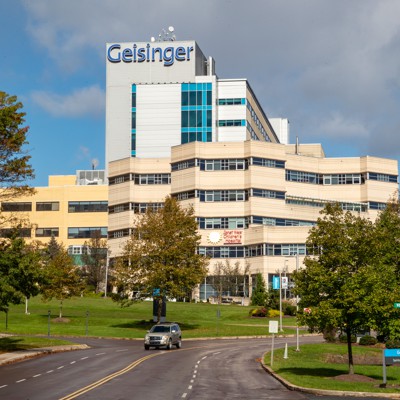