Sports Illustrated and Empower Onyx are putting the spotlight on the diverse journeys of Black women across sports—from the veteran athletes, to up-and-coming stars, coaches, executives and more—in the series, Elle-evate: 100 Influential Black Women in Sports.

A former Division I track and field athlete, personal trainer Ashley Joi is on a mission to make her brand of fitness accessible and all-encompassing, centering mental health and prioritizing (you guessed it) joy through movement.

Before Joi utilized social media to build her following, she relied on the strength and example of her mother, who struggles with the autoimmune disease Lupus.

“Her disease pretty much has always caused her to be sick,” Joi says. “A lot of responsibilities were on me. I had to be very independent, which went with my personality as well.” A common side effect of the disease is sensitivity to sun, which can cause rashes all over the body. But that didn’t stop Joi’s mother from supporting her athletic career, especially when it came to outdoor sports, growing up in the small town of Apple Valley, Calif., known for its vast deserts and surrounding mountains.

“She always encouraged me to stay fit, to stay active,” Joi says. “I did every outdoor sport in blazing heat, soccer, tennis, track and things like that. Despite her being sick, she was always there. Her encouragement for me to stay active because she physically couldn’t, it really pushed me.”

Though she loved being an all-season athlete, she admits that her “type A” personality benefited the most from track, because unlike other sports she was playing, “with track, it is what it is. The fastest person crosses the finish line first.” Though she had excelled within team settings, the ability to be independent and push her own boundaries was something she took pride in. “I think overall, the perspective of being a runner is so relatable to life. Stepping out of my boundary and trusting my coach in high school to do different things, it allowed me to be open later in life. I felt like I could truly…be myself. I could be aggressive. I could be big, but I could also be part of a whole entire team and encourage other people.”

It wasn’t all so easy or clear, though. Her athletic career and resolution to connect more deeply with others would lead her to study at the University of Rhode Island, where she earned her B.A. in psychology and communications. It was during this time that Joi struggled with depression and grasped how crucial it was to understand her own mental health, to help both herself and her teammates. “The depression took a lot away physically and mentally,” she says. “Overall it was very difficult to push forward. But I did. I got support with a sports psychologist I was appointed to, and the coaches were supportive, but I didn’t have the elite seasons that I was hoping for.”

There was a sense of betrayal, from the sport that had been an obvious choice for her, the sport she was used to winning big at. Through it all, she focused on maintaining a positive mental attitude for the people around her, realizing her purpose was much bigger than her individual story. During her senior year, Joi was the team captain and was still able to finish out her college career on a high note.

“I never gave up. It’s not always about if you’re the fastest person on the team. It’s more about, what do you contribute to the team?” she says. “I had to pull myself out of a dark place. Just because you may not be on top of your game, doesn’t mean you pull people down. You encourage them. That’s what gets the points on the board.”

As Joi grew from her struggles with depression, she also realized her abilities—to motivate, to push through extreme darkness and to hold up those around her—could translate into a real career, as a professional trainer. Informed by her background in communication and psychology and her own athletic experience, she started to build her own clientele and following, inspired by the joy she found in movement.

“In a sense, no one ever feels as bad as they may have before after moving. It doesn’t matter what it is, dancing, swimming, running, you feel better. It’s a natural high that I think people really respected once the lockdown happened,” Joi says. “People realized that you can be in your living room and experience those endorphins. You can get that rush that comes when you’re at a gym full of people, or when you’re out dancing at a club with your girlfriends, or painting, arts, whatever. I’m encouraging people to enjoy life, to really focus on the happiness part, and to incorporate movement with that.”

It wasn’t long before big names noticed her approach. Notably, Australian actor and fitness enthusiast Chris Hemsworth. As he was building out his workout app, Centr, Hemsworth’s team reached out to Joi in August 2019 and she was on a flight to Australia that September to begin filming. Joi says the app—which features meditation, meals, fitness, yoga, pilates, weight training, stretching and more—was the ultimate way to reach people all over the world and encourage them to move and to enjoy life. To date, Joi is also renowned for collaborations with Nike, Athleta, Victoria’s Secret, KIND, ONE Brand, Finish Line, Fabletics and more.

Now, she’s preparing for the biggest challenge of her career—and the most unknown: the birth of her first child. She admits it’s already altered every single aspect of her life in ways she could never anticipate.

“The life that I had prior to knowing that I was going to be a mom is one chapter, and that’s done. I’ve always thought that I was living intentionally, and I was at the time, but now everything is even more intentional and more purpose driven,” Joi says. “I feel like my son makes me want to keep going. The goals that I haven’t accomplished, the workouts that are difficult…I literally have someone depending on me right now for everything, food, water, breath and for me to bring him into this world. It has been the most inspiring, challenging journey from someone I’ve never met. There’s a lot of pressure, but I know it’s all love.”

Through it all, Joi has never given up on the desire to win, to compete, to accomplish and to be able to say, “I did that,” with no questions. She honors the youngest voice that still echoes within her. Through running, she is transported back to simplicity, ease and of course, joy.

Naya Samuel is a contributor for Empower Onyx, a diverse multi-channel platform celebrating the stories and transformative power of sports for Black women and girls.

Wed Apr 13 , 2022
Home gyms were once considered a luxury, but since the pandemic began many people are choosing to have a dedicated space to work out in their homes. From high end ellipticals to simple weights and bands, there are many ways to stay in shape without going to the gym. And […] 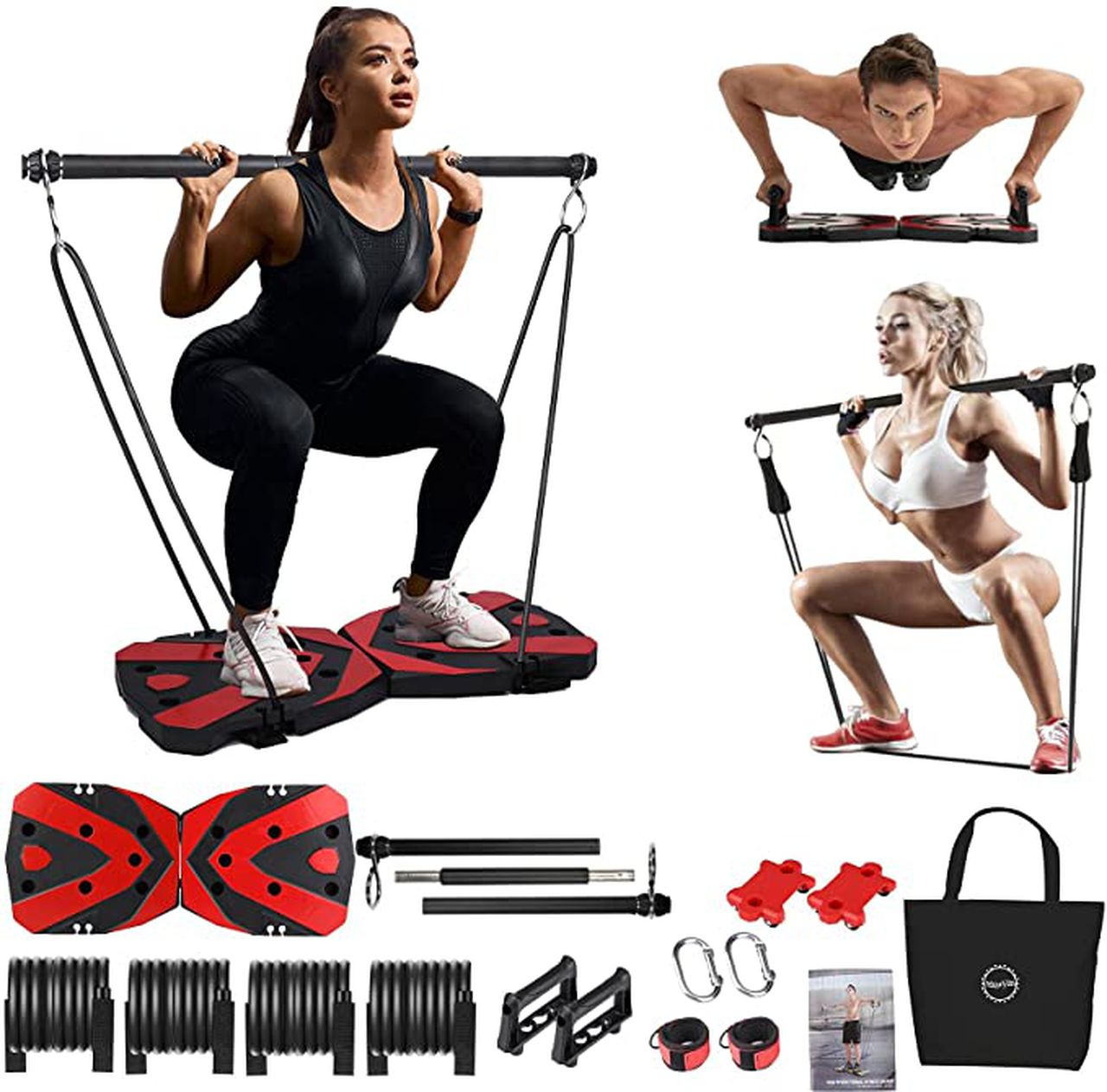