The study was undertaken in a local MSM CBO in Guangzhou, China, named “Lingnan Partner Community Support Center”. This site was chosen because it was developed with strong input from MSM and provided free HIV/syphilis testing to local MSM. The CBO advertised the free chlamydia and gonorrhea testing news to their target MSM who came to the CBO for free HIV/syphilis testing. Eligible MSM made testing appointment through the CBO Internet platform. The eligibility criteria included: male in gender; over 18 years old; self-reported history of anal sex (receptive or penetrative) with another man; no antibiotics use in the past 30 days.

At the MSM CBO site, after receiving their written consent, the eligible MSM were asked to finish an electronic questionnaire survey which included socio-demographic information (age, education, incomes and sexual orientation); sexual behavior information (the number of steady/casual sexual partners in past 6 months, receptive or penetrative and the frequency of condom use); testing history of HIV, syphilis and chlamydia and gonorrhea. We also collected data about reasons for taking the test, the questions we asked including have you ever heard of chlamydia and gonorrhea and the reasons for joining this on-site testing.

Prior to the start of the project, a GeneXpert automatic medical Polymerase Chain Reaction (PCR) analysis system (GeneXpert IV, Cepheid, Sunnyvale, California, USA) was installed in the MSM CBO. Nucleic acid amplification testing (NAAT) is the preferred method to detect Chlamydia trachomatis and Neisseria gonorrhoeae [17]. In 2012, the Cepheid Xpert chlamydia and gonorrhea assay, a real-time PCR assay, was approved by FDA to test chlamydia and gonorrhea from female endocervical swabs, vaginal swabs and female and male urine samples [18]. In 2019, the Xpert CT/NG (Cepheid) was further approved by FDA for extragenital diagnostic testing for these infections via throat and rectum samples. Training was provided to the medical personnel and research assistants who involved in the project. After the study began, the engineer from the company regularly carried out quality control and maintenance on the testing instruments.

After completing the survey, the participants were then instructed by a trained staff to collect urine sample or/and rectal swabs by themselves determined by their sexual history. We did not collect pharyngeal samples for corresponding testing because our previous study showed that the positive rate of chlamydia and gonorrhoeae for pharyngeal samples was much lower than that of rectal samples and limitations on the supply of testing reagents [3]. The staff put the samples into a GeneXpert collection kit and turned over 3–4 times to ensure that samples and reagents were well mixed, and then put into machine for testing. Testing results were told by CBO staff or as a message sent to participants in about 90 minutes. Any participants with a positive result would be consulted by a medical staff from STD department of Dermatology Hospital, Southern Medical University who regularly made a visit to the CBO, and free treatment would be provided following the Chinese STI clinical management guidelines. All those who provided samples were informed of the results within two hours, and those who returned on the same day received treatment drugs on the same day. All positive patients were treated in the CBO.

This research is part of a clinical trial. Ethical approval for this trial was obtained from the institutional review board at the Southern Medical University Dermatology Hospital (GDDHLS-20190503). All participants signed paper-based consent form before joining the study. 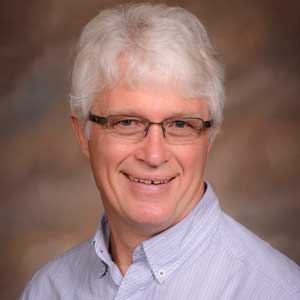