Why Charlotte’s Black food stories are America’s stories. Learn which Black food has shaped the area, meet a pair of sibling chefs that are shaping Southern cuisine and explore some of Charlotte’s Classic Eats.

Professor Quientina Stewart wants everyone to know that there’s an abundance of healthy ingredients within the soul food experience, contrary to most stereotypes.

Soul food in the South often falls into the category of macaroni and cheese, fried chicken and hush puppies — fatty foods not typically identified with health and nutrition.

But on a recent afternoon at Johnson & Wales University’s Center for Food Innovation and Technology, Stewart spent much of her time talking with her students about the function of ingredients. How can a not-so-healthy ingredient like animal fat be replaced by a more nutritious one — often something vegan?

Soul food was traditionally nutritious, she said, with deep roots in healthy ingredients and vegetables. But much of what diners see today is processed.

“The flavors are familiar. If you get that same flavor that you get from having the meats and meat proteins without it, then heck, you don’t miss it. You’re just there for the flavor,” she said.

Now a certified chef and professor at Johnson & Wales, Stewart was born and raised in northern New Jersey. Eclectic food surrounded Stewart and her family. Her grandmother owned several restaurants and passed on a passion for food to her family. She brought her client work home, preparing dishes like baked ziti, spaghetti and matzo ball soup for dinner each night.

Stewart’s family was conscious of the quality of the food they ate and included lots of vegetables and fewer meat-heavy meals. Her grandfather came from a long line of farmers and share-croppers, instilling the value of fresh produce. They avoided processed foods.

“It was a big deal for them to let us have Kraft macaroni and cheese out of the box,” she said.

The Black community has recently begun to embrace the concept of veganism and healthier eating, a movement making its way into Charlotte restaurants. Data cited frequently from the Pew Research Center indicate that 8% of Black Americans identify as vegan or vegetarian, compared to only 3% of the general population. A piece in the Washington Post suggested that vegetarian hip-hop artists, including Jay-Z and the Wu-Tang Clan, are leading the way.

Despite rising interest, Stewart said creativity in vegan dishes is lacking. When Stewart recalls her starting experiences in the culinary world, she remembers very few restaurants or customers exploring vegan and plant-based options. But the scene now is changing, and she said many of her students — 38% of whom are Black — are asking to learn about these plant- and nutrition-focused techniques.

“For a long time, it wasn’t being done right or wasn’t being taught properly,” Stewart said. “If we can’t do it right, we don’t want to do it at all. And now we have an opportunity to do it right.”

Getting creative with ingredients

Stewart is currently teaching a course on designing healthier desserts. Students start by looking at how an ingredient functions and the science behind baking. She often dedicates an entire class period to one ingredient. For example, one day will focus on sugar, with experiments in how to modify a dessert with less sugar or with sweeteners and alternatives.

She hopes this experience will prepare students to be better future chefs who can accommodate all kinds of nutritional and dietary needs. Stewart enjoys seeing how students challenge themselves to be creative with ingredients, while maintaining high-level culinary skill.

“It’s really cool to see what they come up with and how we can change our thinking around something like a dessert,” she said.

The future of Charlotte soul food

Stewart is excited about the future of soul food in Charlotte. She has collaborated with local chefs and restaurants on how to introduce healthier recipes to the community. As more people catch on, she said, a frequent reaction is, “I didn’t know it could taste like this.”

Stewart described the BayHaven Food & Wine Festival in October 2021 as a full-circle moment for her. The event showcased dozens of chefs from across the nation who brought their own interpretations of classic soul food to Charlotte.

“Their versions of soul food happened to be healthier,” she said. “Cleaner, less processed, just kind of taking it back to those original flavors and those original cooking techniques.”

Michael Johnson is a student in the James L. Knight School of Communication at Queens University of Charlotte, which provides the news service in support of local community news. 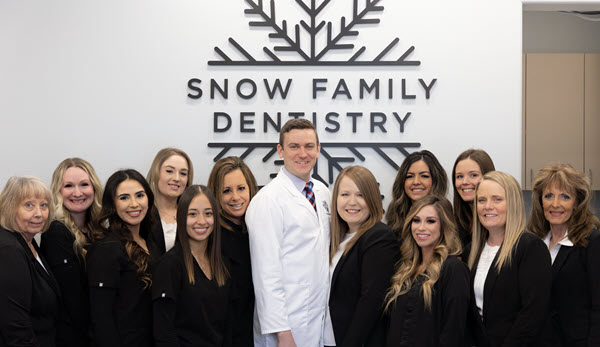 The U.S. food system makes junk food plentiful and cheap. Eating a diet based on whole foods like fresh fruit and vegetables can promote health – but can also strain a tight grocery budget. Food leaders are looking for ways to improve how Americans eat. FREDERIC J. BROWN/AFP via Getty […]