Most of us eat too much salt. We may not use the salt shaker, but we eat out too often and we eat too many processed and packaged foods.

Three slices of bread or one teaspoon of table salt gives us all we need for a day. More than 90% of Americans consume too much sodium, which can lead to high blood pressure, hypertension, and increased risk of heart disease and stroke.

We only need around 450 milligrams of sodium per day, and the recommended maximum amount is 2,300 milligrams, or 1,500 milligrams for those at risk for hypertension. But average consumption exceeds 3,000 to 3,500 milligrams per day — or 50% to 100% above the upper limit.

More than 70% of our sodium intake comes from processed and packaged foods, primarily cured meats, bread, cheese and soups.

Researchers at the University of Illinois are trying to help reduce the amount of sodium Americans consume by helping companies lower the sodium in processed foods. In a new study, researchers did a comprehensive review of the scientific literature on sodium reduction strategies in food production.

“Sodium overconsumption is a huge health concern, and the (Food & Drug Administration) has recommended sodium reduction in food since the 1980s, but we haven’t succeeded yet,” said Soo-Yeun Lee, a Department of Food Science & Human Nutrition professor and co-author of the paper.

“While the unit volume of salt in the food supply has not increased, the amount of sodium consumption has gone up, because we just consume a lot of food.”

Why not just remove salt from a recipe? It’s not possible to completely eliminate sodium because it has both sensory and functional properties. Salt is used for meat preservation and to make bread dough rise.

Salt replacers include potassium chloride, calcium chloride or other chloride or acid salts. However, the researchers found these substitutes tend to have a bitter taste, so they are often used in combination with flavor modifications, such as umami substances or bitter blockers.

With physical modification, another method of reduction, salt crystals are encapsulated, which changes how the salt is dissolved in the mouth. This can alter the saltiness perception, allowing for a reduction in the amount of sodium necessary to create a salty taste.

You can also create an uneven distribution of the salt in a product that can further help enhance the perceived saltiness of the food product through taste contrast.

With functional modification, researchers found you could move away from a sodium-based preservative in cured meats, perhaps by using a celery-powder preservative instead of sodium nitrate.

The University of Illinois team is hoping their work will provide insight into the wide variety of salt-reducing technologies that exist to help food companies be more informed to use new and different strategies.

So, what’s the best strategy for reducing your salt intake? Cook at home (controlling the amount of salt you add and using herbs and spices instead) and limit your consumption of processed and packaged foods. Buy a low-sodium version of canned soups or no-salt-added canned vegetables.

Q: Is sparkling water good for you?

A: There are a few different kinds of fizzy water. Club soda contains added minerals including sodium (12 ounce of a leading club soda has 4% of the Daily Value for sodium). Mineral water contains natural minerals like magnesium and calcium. Tonic water contains quinine, a bitter compound from the bark of a tree, plus sweetener (sometimes several teaspoons per serving).

Sparkling waters like LaCroix and bubly are carbonated water and contain added flavoring but no sodium or sweeteners.

Sparkling water is better than soda, for sure. In research, sugar-sweetened beverages are associated with a higher risk for obesity, Type 2 diabetes and heart disease. And a research study in the United Kingdom (testing 13 different drinks) found that sparkling water is just as hydrating as plain water.

It may be a bit more acidic than regular water and therefore affect the enamel on your teeth, but you can always drink it through a straw. The bottom line: If you enjoy it, it’s a great way to stay hydrated.

Who doesn’t love a great chicken salad? Here’s a recipe for Waldorf Chicken Salad — created at the Waldorf Astoria New York hotel and still popular. It’s refreshing with apples, walnuts and celery. The recipe is adapted from Good Housekeeping magazine.

In a large bowl, whisk together vinegar, honey, salt, sour cream, mayonnaise, whole-grain mustard and pepper. Separate the leaves on the Boston lettuce and toss with half of the dressing to coat, then toss with the parsley.

Divide among bowls along with the chicken, apple, celery and grapes. Drizzle with remaining dressing and sprinkle with the walnuts.

— Charlyn Fargo Ware is a registered dietitian with SIU School of Medicine in Springfield, Illinois. Contact her at [email protected], or follow her on Twitter: @NutritionRd, or click here for additional columns. The opinions expressed are her own. 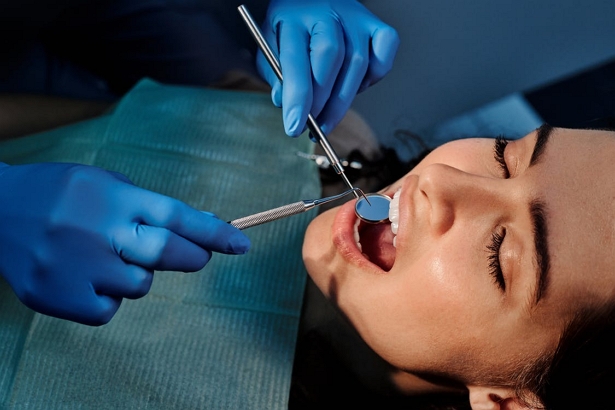 Adult Dentistry of Ballantyne is a Premier Cosmetic Dentist in Charlotte, NC

Charlotte, NC – Whatever the reason for tooth problems, an individual can achieve a bright and beautiful smile in Charlotte, thanks to the advances in cosmetic dentistry. With the right combination of training, experience, techniques, and artistry, a dentist can redesign a smile or correct oral health defects. Dr. Robert […]

The Science & Business of Animal Health