With cartel violence killing more than 340,000 people in Mexico since 2006, violence and savagery remain par for the course. But cartel members have a new job to fill, too — playing video games and surfing social media applications like TikTok.

Instead of joining the 50 million TikTok users dancing to “Jiggle Jiggle” by Louis Theroux, they’re on the hunt for vulnerable Arizona residents who might be willing to stuff cocaine and methamphetamine in the gas tank of a car it will drive across the border.

That’s often the tip of the iceberg as oblivious, freshly minted smugglers are indoctrinated into an international drug ring that may one day call on them to commit murder or lay down their own lives in a turf war.

According to government officials in Arizona and security experts elsewhere, Mexican drug cartels are using social media websites and even online video games in the recruitment of new members in Arizona to supply transnational drug and human trafficking operations.

They’re “sliding into the DMs,” as the kids say. And it’s working. According to a May letter from Governor Doug Ducey to the CEO of TikTok, Mexican drug cartels are using the app to draft Arizona’s youth as drug smugglers, human traffickers, and lookouts.

“Cartels are preying on those seeking refuge for a better life, and facilitating the flow of drugs into American communities,” Ducey wrote the CEOs in a May letter. “These criminals are using your companies’ social media platforms to make it happen.”

Ducey’s statement puts social media moguls in the hot seat, but it could ease the burden on the U.S. Department of Homeland Security.

The federal government is primarily responsible for countering domestic recruitment into gangs and cartels online, as outlined in a 2021 counterterrorism strategy published by the U.S. National Security Council. The feds took a closer interest after the militant Islamic terrorist group ISIS was successful using the internet to recruit Americans during the previous decade.

Now, Ducey and other political leaders in Arizona, including Pinal County Sheriff Mark Lamb, are shifting focus to the social networking websites themselves, looking to nip the mounting problem in the bud.

“When politicians make these kinds of statements, it’s all show. They can’t do a thing about it,” Kurtzer said. “The posting isn’t the problem, but it’s getting the blame. It’s the subsequent, encrypted conversations. That’s how ISIS recruited people online. None of us ever saw that going on.”

In 2021, Ducey declared a state of emergency in Arizona, deployed the National Guard, increased police interdiction, and partnered with other border states to help the speedy flow of information between border agents in Arizona and other states. That’s still not enough, the governor says.

And there’s little help from the Mexican government since it dissolved a special unit trained by U.S. authorities to fight drug cartels just last month, citing in an April announcement that the force had become infiltrated by cartel members. 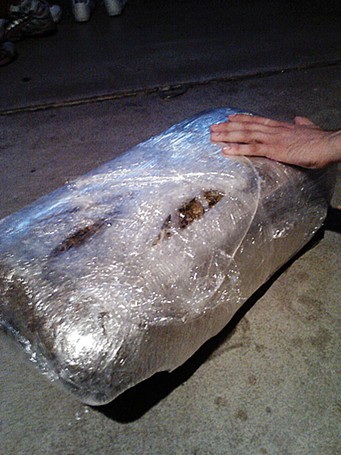 Border agents intercepted this plastic-wrapped brick containing 280 pounds of marijuana in 2013, long before pot was legal in Arizona.

“Most Americans do not realize how blatantly the cartels are utilizing social media platforms to recruit young Americans to participate in dangerous drug and human smuggling,” Sheriff Lamb said in a May 11 statement emailed to Phoenix New Times. “Cracking down on cartel operations is a team effort. We’re all Americans — we need to band together to stop transnational criminal organizations at every turn.”

Cochise County Sheriff Mark Dannels said in a statement that he has seen the cartels offering to pay more money and “entice drivers to take their chances with law enforcement.”

Ducey, on the other hand, has been far from mum on the topic.

“Your companies have established reporting mechanisms for criminal behavior, but we need stronger action to prevent this activity that is drawing our young people into a life of crime,” Ducey also wrote in the May letter. “Inaction only enables cartels to victimize countless youth and families. This crisis presents a real opportunity for you and your companies to take action and make a difference.”

Leah Staddon, the cousin of one victim, grew up in Bavispe and has since fled to Queen Creek, citing in a 2019 interview with The Los Angeles Times the increased presence of cartel members in her once-quaint hometown.

But more and more cartel members are cropping up in metro Phoenix thanks to social media, “the recruiting method for these criminals,” Ducey said.

“Arizona law enforcement has tracked posts and messages that mislead American citizens, who are often young, glamorizing a lifestyle made possible by human smuggling paydays,” he said.

Cartels attract young Arizonans with the promise of quick riches, power, and fame.

In November, 22-year-old Alyssa Navarro of Tucson began working as a drug mule from the comfort of her Arizona home, thanks to the video game, according to federal court documents.

She met “George,” a Mexican cartel recruiter, online and the two had fun stealing cars and gunning down sex workers in the virtual world of Grand Theft Auto before George asked if she’d consider bringing the video game into real life, federal prosecutors allege.

The two gamers exchanged Snapchat usernames and later met face to face in Phoenix. Two months later, U.S. Customs and Border Protection agents in Arizona nabbed Navarro with 60 grams of methamphetamine in the gas tank of her Jeep Cherokee, according to court records.

She was indicted in U.S. District Court in Arizona on four counts of possessing and distributing meth and pleaded not guilty. Her trial is set for next month. According to court documents, three boys from the ages of 11 to 14 were drafted into the same Mexican cartel through the online mobile game Garena Free Fire and paid $200 per week to work as lookouts. Garena Free Fire is a survival shooter game featuring a wide array of guns from assault rifles to sniper rifles to pistols.

Last year, it became the most-played mobile game in history with more than 150 million users — each one a potential new drug mule.

For years, well-armed and well-equipped spotters have nestled into hideouts in the hills and mountains of Arizona’s borderlands to help cartel smugglers evade U.S. authorities.

Vulnerable children are offered quick cash to aid cartels in smuggling operations and evade law enforcement, endangering themselves and those around them and sabotaging their futures. One was 18-year-old Kevin Avila of Phoenix, who faces charges of first-degree murder after killing three migrants in a wreck on Interstate 17 in April as he fled from police, court documents show.

The U.S. Department of Homeland Security linked that incident to cartel activity.

“They roam around social media and find young, vulnerable people who want to earn money,” said Kurtzer. “What they do is they lure the people into private message systems with job solicitations that don’t, on their face, look totally illegal.” 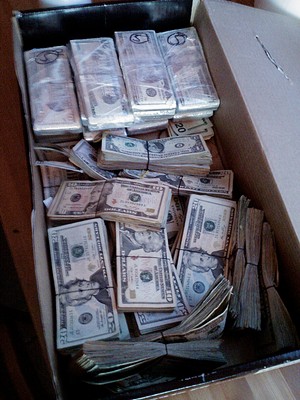 Border agents seized $40,000 in cash along with hundreds of thousands of dollars worth of marijuana at a traffic stop near the border in 2013.

Cartels are methodical, Kurtzer said. They’re protecting themselves, too, by posting ambiguous ads and refraining from spilling the lurid details until after rapport exists between the recruiter and the target.

As a social media consultant, Kurtzer knows that building rapport is easy — especially when communicating with children who are often poor and uneducated.

“Sometimes, all you need is an inspirational quote or a meme to become liked,” he said. “From then on, you have an audience. It’s no different in the cartels.”

Recruiters move the conversation to instant messaging agents  like WhatsApp and Telegram that encrypt messages.

“They want to profile these young people before they reveal that the job is illegal,” Kurtzer said. “They’re looking for a very specific type of people. When they find it, they go underground.”

Time will tell if leaders at Snapchat and TikTok heed Ducey’s advice. He’s put the ball in their court, at least in his own mind.

“It’s time for the entire social media industry to put a stop to this activity and prevent the exploitation of our youth,” he said.

Paleo diet for weight loss: how it works and what to eat

Mon Jun 13 , 2022
The paleo diet is inspired by the eating habits of our hunter-gatherer ancestors, becoming a popular diet in recent years for weight loss and a more natural way of eating. Using the paleo diet for weight loss is effective mostly because of the unprocessed nature of the foods it encourages […] 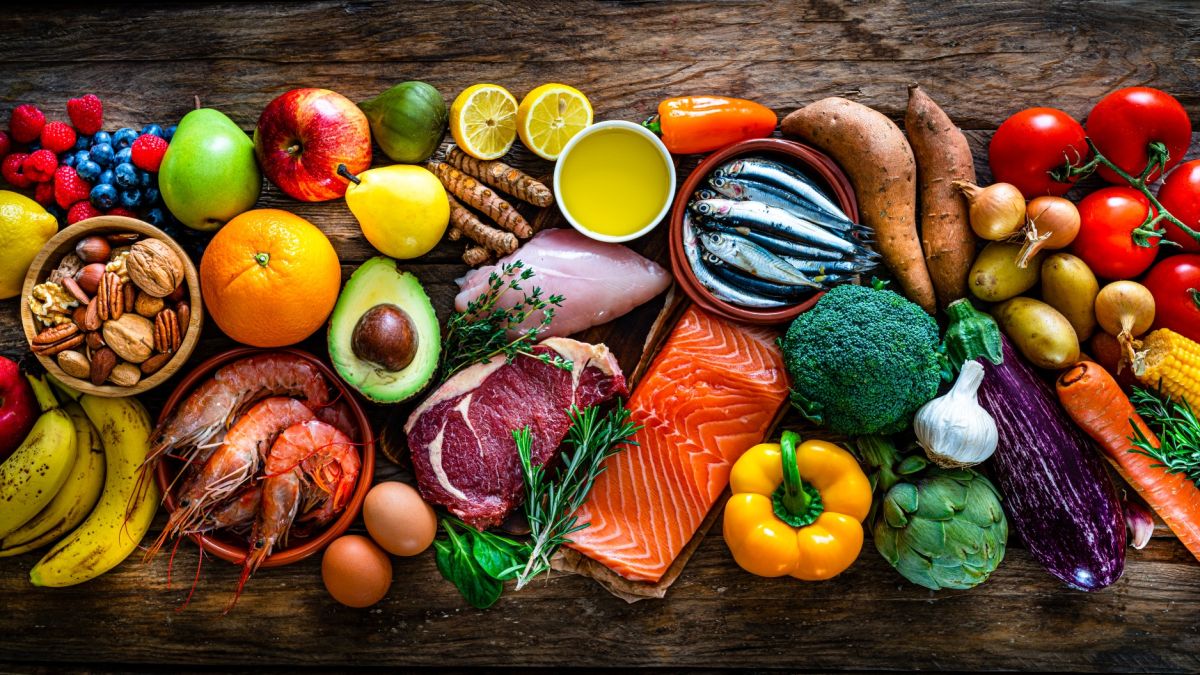